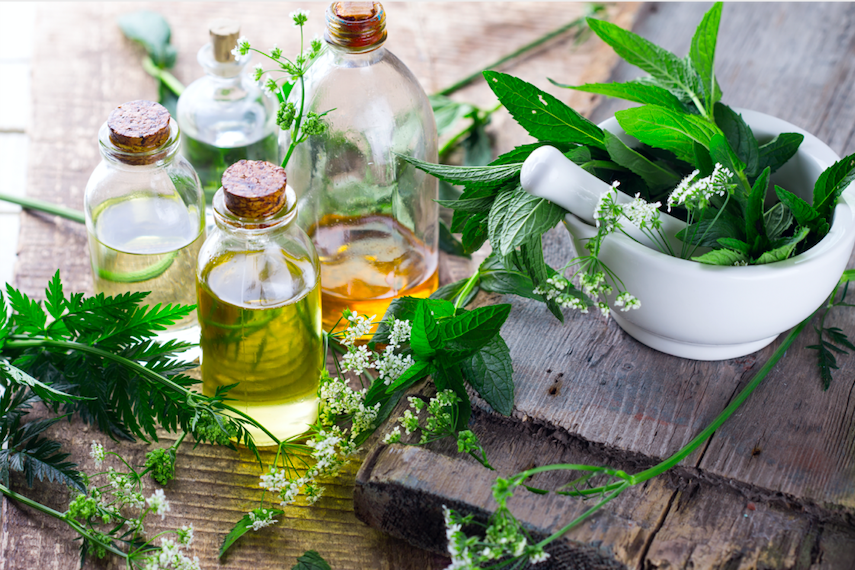 The Basics of Herbal Medicine

The Basics of Herbal Medicine

Unlock the power of plants for your continued health.

When treating disease, healing the body, and striving to achieve optimal health, it can be effective to make use of multiple modalities. At Hopkins Medical Group we draw from an array of therapeutic options from prescription medicine to light and sound therapy. Herbal remedies are also powerful tools we increasingly draw upon to help patients achieve wellness goals.

Using plants to heal the body isn’t a recent innovation. Plants have been used as medicine in nearly every culture, and from every region of the world, throughout history—recipes for herbal medicine were found written on a 5,000-year-old clay slab.

The medicinal use of plants can be found in traditional Chinese medicine, and the Ayurvedic practices of India, and healing plants have been used by Native Americans for thousands of years. There are references to herbal treatments in the Bible and the Talmud, and evidence that ancient Greeks and Romans used plants medicinally.

In the United States in the early 1900s, the majority of medicinal materials were plant- or herb-based treatments. Today, many pharmaceuticals are still principally derived from plants. At the beginning of this century, out of the 252 drugs considered as basic and essential by the World Health Organization, 11% were derived exclusively from flowering plants.

As pharmaceuticals became more prominent in the early part of the 20th century, herbal medicine was taught less in medical schools and used less in medical practice despite its effectiveness. In the United States, the practice of herbal medicine was kept alive through a folk movement and has become increasingly popular again. Scientific research is also catching up, with herbs, mushrooms, and plants being more widely studied. Their efficacy is being documented in medical literature, increasing their credibility for use in healing. Many other parts of the world offer stringent and formal training, credentialing, and licensing for medical professionals who primarily use herbs and plant-based medicine.

Differences Between Pharmaceuticals and Herbal Remedies

With the rise of pharmaceuticals, the perspective developed that separating out and concentrating specific chemicals from plants would result in stronger medicine that would treat ailments more effectively. However, herbalists not only understand the specific chemical constituents of a plant but also appreciate that the hundreds of chemicals contained in each plant interact with each other. These interactions may have unique effects on the body that promote healing.

Even within herbal medicine, practitioners with basic herbal medicine knowledge commonly recommend single herbs as a remedy for a particular ailment. Trained healers tend to use not just a single herb for an ailment, but unique formulations or mixes of multiple plants. Rich cultural knowledge plus experience from most systems of herbal medicine around the world suggest that there’s a synergy that can occur with certain combinations of plants. The whole is indeed greater than a few parts.

Herbalists and trained healers who work outside of conventional medicine will often acknowledge that the medicinal value of a plant is not limited purely to its chemistry and the concentration of its constituents. The energetic properties of herbs can also contribute to their efficacy when used as medicine. Depending on how they are harvested, processed, used, and applied, they can be healing to someone not only physically, but mentally, emotionally, and even spiritually.

Using a Variety of Therapies for Healing

At Hopkins Medical Group, we try to draw from the best of all therapies: prescriptions and diagnostics tests, as well as light and sound therapy and herbs. If treatments are safe and effective, we make them available to you so the highest possible healing can occur.

At your HMG office visit, we will often suggest using an herb as a supplement, tea, or tincture. Herbal remedies can be a powerful and effective addition to your treatment regimen and are best utilized under the direction of a trained prover. We are fortunate to have Stephen Roberts, MD working in our practice who is trained in herbal medicine and available to HMG members for personalized consultations.